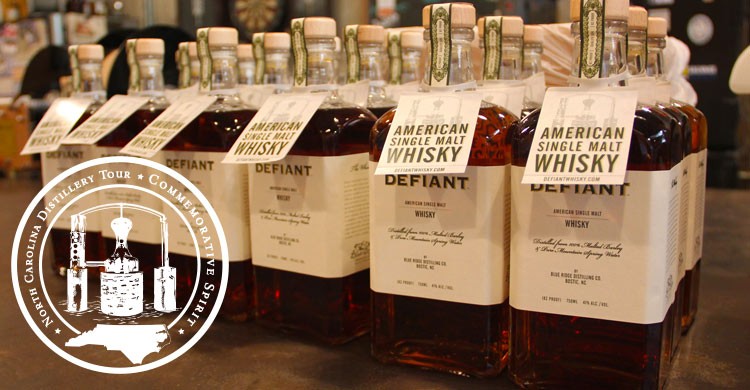 The public is invited to tour the new home of Defiant Whisky – Camp Golden Valley in Bostic – on Oct. 2, 2015 and celebrate the passing of a landmark state law benefitting craft distilleries

This special event will feature tours of the distillery’s new and expanded operation at Camp Golden Valley, Defiant Whisky tastings and custom cocktails, hors d’oeuvres, live acoustic music and shuttles to take tours of the current facility two miles away. The event is open to the public 21-years old and older. The new merchandise store will also be ready onsite for the first in-house purchases of Defiant American Single Malt Whisky. Current retail value is $39.99.

As an added thank you, the Defiant Whisky team will sign the first 100 commemorative bottles sold onsite at the Oct. 2 celebration. In addition, Blue Ridge Distilling Co. Founder Tim Ferris will share his vision for Camp Golden Valley as well as the importance of this law change and share exciting Defiant updates. N.C. craft distilleries are one step further in their fight to receive the same rights as breweries and wineries. Due to the Alcoholic Beverage Commission Act of 1937, visitors are often surprised that they cannot purchase bottles onsite following a distillery tour, and are instead directed to buy one at their nearest ABC Store. The passing of this law by the N.C. General Assembly will allow the sale of spirituous alcohol inside licensed distilleries and outside of ABC stores for the first time since the end of prohibition.

Ferris is eager to show the state the tourism benefit of this law change.

“We hope people are mostly excited about the bill, yet somewhat disappointed that they can only buy one bottle,” said Ferris. “By next cycle, I am confident that data generated will show the law change has not hurt the ABC Commission, but in fact has produced greater sales and tourism revenue for the state.”